Home / Books / The Tiger Beetles of Africa vol. I.

The Tiger Beetles of Africa vol. I. 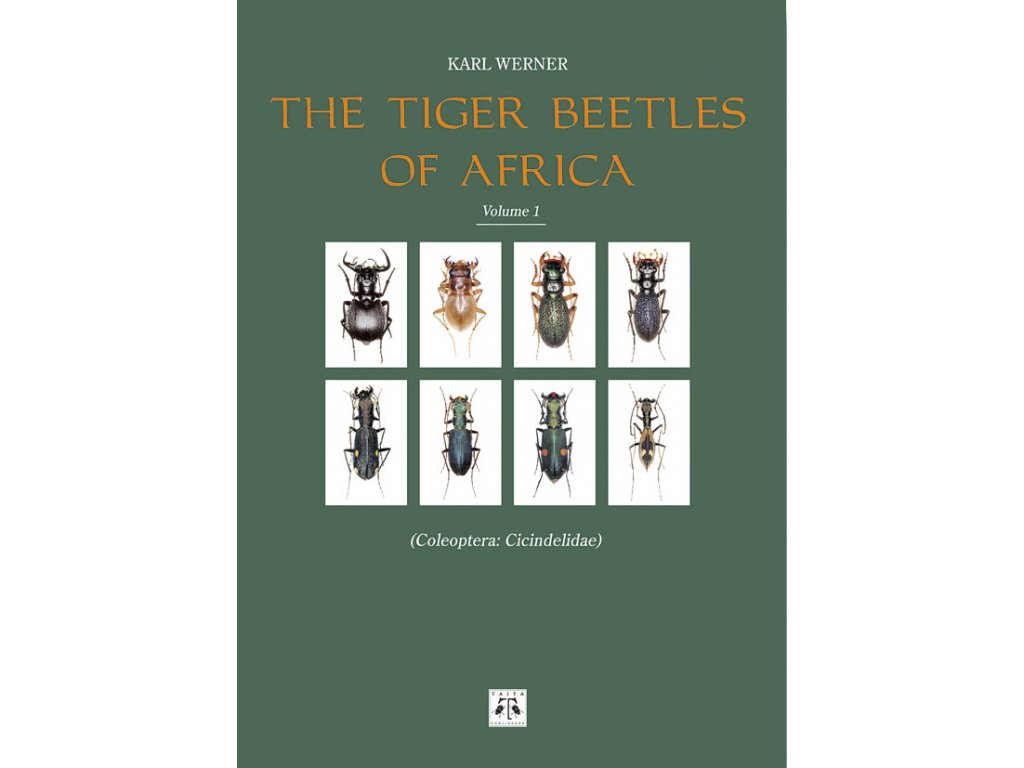 First ever complete book on the Tiger beetles of Africa

A colored picture-catalogue of all currently valid species and subspecies of African tiger beetles published in two volumes. These books treat the region south of the Sahara, excluding Madagascar and other islands. Altogether 396 species in 34 genera from the African continent are listed and figured. All 266 valid subspecific taxa of the 86 polytypic species are listed and figured also. For all species and subspecies a distribution map is given, and for many species pictures of habitats, living individuals, behavior, and larvae are presented too. In addition portraits of entomologists and explorers, who worked particularly with the African tiger beetle fauna are given, as well as pictures of several persons to whom an African tiger beetle species were dedicated. The species richness of the various countries is discussed, and perspectives for further research possibilities are given. Each African country is cited with all its known species and the number of endemics. The number of pictures counts up to more than 1.500. Author, publication, synonyms, size, type, locality, scarcity, remarks, and countries of occurrence of each treated genus and taxon are presented.The locality labels attached to the shown specimens are cited as well as an acronym of the collection, where a specimen is deposited. Plenty of type specimens from the ten major entomological museums in Berlin, Capetown, Eberswalde, London, Paris, Pretoria, Munich, Tervuren, Vienna, and Windhoek are pictured. A huge catalogue of corresponding literature is given at the end of vol. 2. The history of the actual knowledge about African Cicindelidae.

Volume I treats eight genera: Mantica, Manticora, Platychile, Megacephala (with two subgenera), Prothyma, Neochila, Euryarthron, and Dromica with 191 species and presents 745 color photographs. It includes the general introduction and chapters on history and species richness of the African countries. As well as the acknowledgements, indexes for abbreviations and collections, and a complete list of all species and subspecies occuring in the treated region.