The idea to set up a publishing house focusing on entomology was conceived by field entomologists Charly Werner and Robert Lízler after a super-successful fieldtrip to eastern Africa (and after drinking a rather large amount of beer in a bar in Nairobi, but this doesn’t really belong here :-))

Taita Publishers was established in 1999.

In 2003 Dan Bárta joined the founding members as the art director.

This was the start of a fruitful cooperation based on the founding idea: the book needs to be full of relevant information, professional in technical details and graphic treatment, neatly and functionally designed and high-end printed.

Not easy, but possible! In fact, essential!

In 2005 the outcomes of our work and our principal idea caught the attention of one the biggest publisher of entomological literature in Japan, Mr. Shinya Kawai from Roppon-Ashi and he became a member of the “Taita family”.

We are all entomologists!

We’ve spent hours, days, weeks, months and maybe years doing fieldwork (and sitting in front our monitors too :-)). We’ve done many expeditions to many countries on all continents. We’ve spoken a lot about insects and about the books about them. In short, and in all modesty and honesty – we are very experienced and in the right place. We are Taita.

In 2007 Charly Werner died unexpectedly. In the best and in the most simple meaning of the word, we’re still with him and he’s still with us – we are going on.

During the existence of the publishing house we have processed and published 12 titles:

Mantichora the Monograph of the Genus, 2002

Illustrated Catalogue of the Lucanidae from Africa and Madagascar, 2004

The Chiasognathus of the Andes, 2007

Dragonflies of the Czech Republic, 2009

and for Roppon-Ashi we have prepared several books for publication

The Genus Platycerus of East Asia

The Carabus of Japan 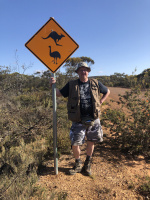